How to clean out a horse trough

The horse water trough has needed cleaning for a while now. When I was here in July, my sister was not and I knew I could not do it alone, especially so soon after surgery. Feeding was hard enough. This trip, she is here though, and we have tackled the 2-person jobs we have been putting off. Tops on the list was to empty and clean the horse trough and refill it.
Friday morning I was up by 6:30 and had fed, taken care of the dog, and had everything ready to start when Sis got here. We donned our "work clothes" and picked up our brush and buckets. First up, we had to bale water from the trough until it was low enough we could tilt it on its side and dump out the remainder. It is a cast iron tub, so empty, it weighs a lot. It took the two of us, one at each end, to lift it forward and pour out the last of the water. 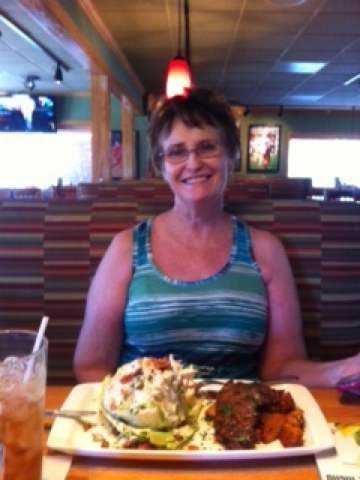 I held the tub while Sis scrubbed it, and then I rinsed. My first mishap was when I missed the fence tossing a bucket of water and it splashed back on us. Ever seen water from the bottom of a horse trough? Not on the list of things you hope to have happen.
Second mishap was rinsing out the tub, and my focus was on the tub and not the fact that I just soaked my sister's shoes and pants. She was starting to suspect these were not accidents by then. Now truly while the first two were, I confess to the thought of "water fight" and had the fantasy of just soaking her. I suppressed the urge-- after all, by then we were standing in a river of mud anyway. We righted the tub and put the hose in to refill.
Our next chore was to re-wire the grain bins for Rio and Jenny Belle. They bump the bins against the fence when they eat to make sure they don't miss an oat, and after a while, a wire attaching the bin to the fence can break.  While we were finishing up, Rio walked up behind Sis and watched, then sauntered over and stuck his nose in that cool, clear water. His big brown eyes looked at me, and then he dipped his head into the still running water filling the trough.  He said he was in horse heaven. 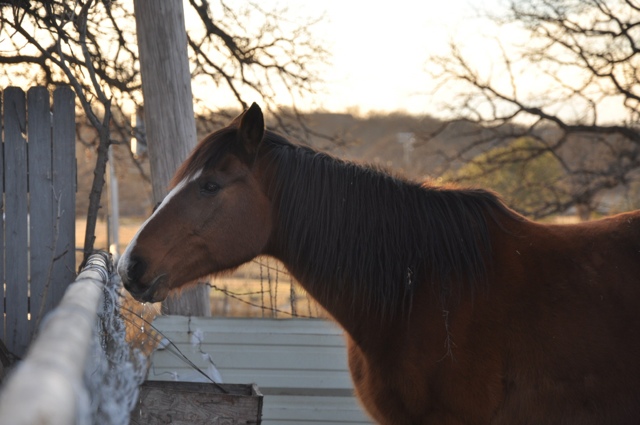 There is something so rewarding, so healing, and so joyful about the simplicity-- but significance-- of farm chores, caring for animals, and caring for our parents. We are blessed. Sometimes a thing is hard, and when one can do it without question just because it needs the doing, that is a blessing of the highest order.
Posted by Suzassippi at 12:15 AM